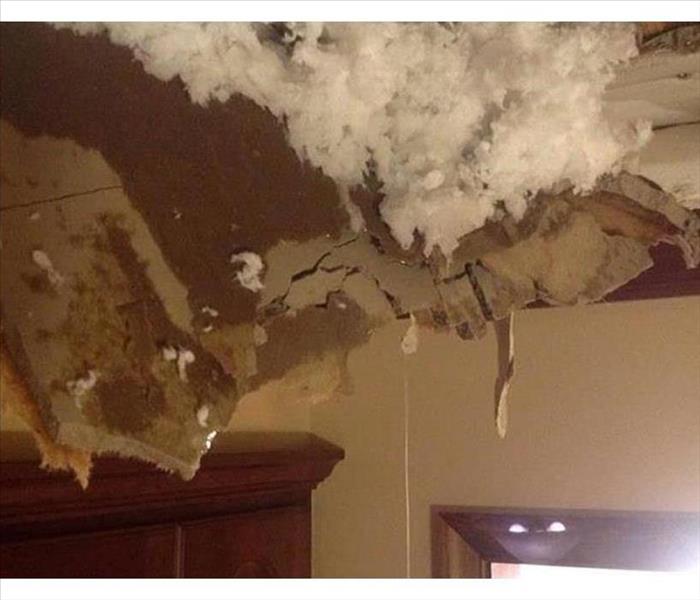 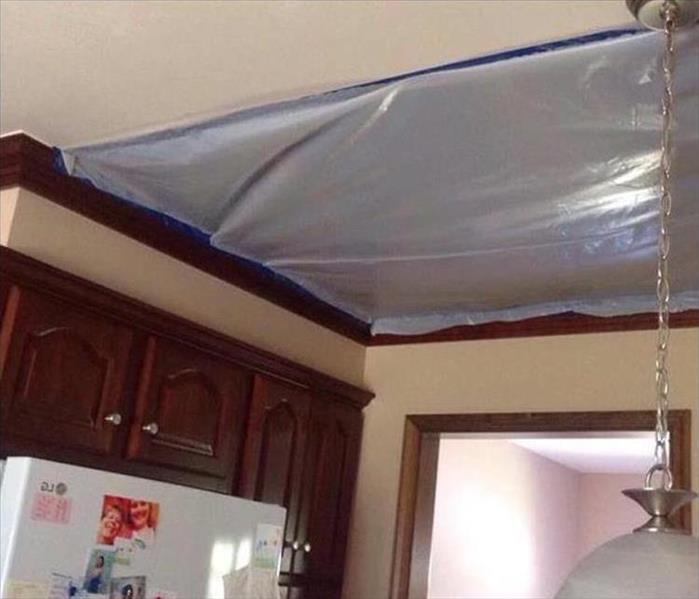 The Before Photo illustrates significant water damage to the ceiling and attic infrastructure in this Phoenix home. The water was fortunately confined to a small area limiting the extent of the damage. The soggy cellulose insulation and soaked drywall were demolished and discarded according to local codes. The cleanup, including the not visible mess in the attic crawl space which the poly sheeting sealed from the living quarters, was underway. By limiting the volume of air to be treated with SERVPRO dehumidifiers, the return to normal RH relative humidity levels was accelerated. Several days later, infrared camera checking verified that the entire house was now back to preloss condition. The homeowner was pleased with our fast, efficient service and our interaction with the claims process. Rely on SERVPRO of Phoenix to make "Like it never even happened" by calling (480) 503-2090.

View More Before & After Photos